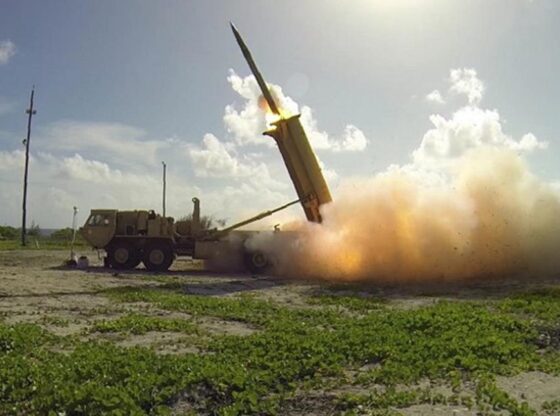 “To judge from the missile remains disclosed by media, it was a DF-26 that was tested recently, also known as the ‘aircraft carrier killer’ missile,” Song Zhongping, a military expert who used to serve in the PLA Rocket (Missile) Force, told state-run Global Times.7856785786

“Considering the type of missile and the test location it is evident that we conducted a firing experiment targeting aircraft carriers, and the warhead possibly featured an electromagnetic pulse that could destroy a carrier’s command system, as well as the THAAD system,” Song said.

Asked if the test’s location in the Bohai Sea, close to the tensed Korean Peninsula, could show that the test was specifically aimed at Seoul’s THAAD deployment, Song said that this was unlikely as Bohai is China’s usual weapons testing ground.

The missile test was carried amid China’s vociferous protests over THAAD interceptor missiles in South Korea, whose powerful radars could see through most of part of China including its missile development programme.

The US said the THAAD deployment was aimed at countering any missile attack by North Korea against the South, Japan and the US. China has vowed appropriate response for THAAD missile batteries. A statement by the Chinese defence ministry yesterday said that Chinese rocket forces tested a new type of missile in the Bohai Sea.

The statement said the test was conducted in accordance with the annual training plan to “raise the operational capability of the armed forces and effectively respond to threats to national security”. “The test achieved the expected result,” it said, without disclosing its exact details.

Shikhar Dhawan Keeps His Word, Shines for Hyderabad in IPL 2017