These Pics Of Southern Lights Taking Over The New Zealand Skies Will Make You Feel Jealous! 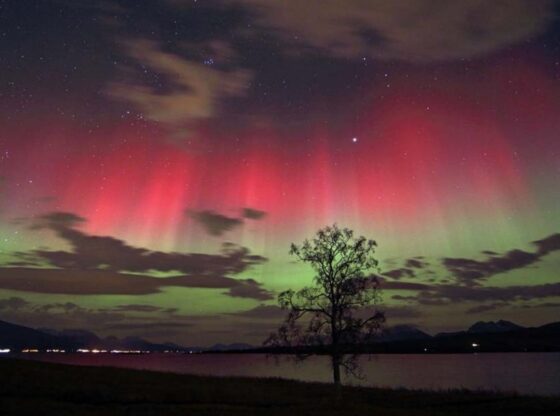 If you are fascinated by the night skies and dream of catching the Northern and Southern lights at least once in your life, then this will break your heart a tad bit more.

Unlike us, the citizens of New Zealand experienced a spectacular show of Southern Lights or The Aurora Australis on Saturday and Sunday.

The breathtaking sights consisted of shades of Pinks, Yellows, and Greens set against the backdrop of the night sky. One can imagine how mesmerising it would have been as the pictures look nothing short of a dream.

These heavenly sightings were reported in Wellington, Christchurch, rural Canterbury and Central Otago.

Before you ask, this is definitely not the first time that New Zealand witnessed the Southern Lights. Around the same time last month, a different Aurora Australis took place, and people of New Zealand, Tasmania and parts of south Australia got together for the show.

According to studies, the phenomena was caused by a geomagnetic storm – a result of a large hole in the sun’s surface. Without further ado, here are some of the mesmerizing pictures from the show: