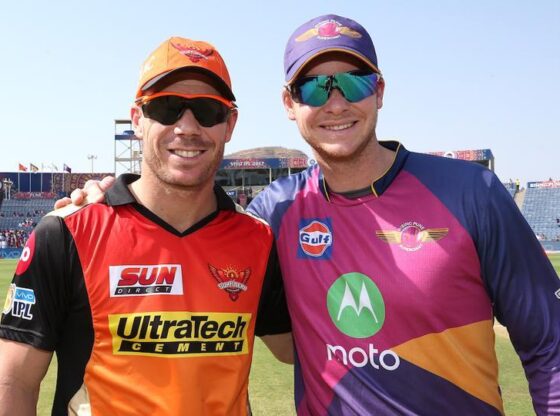 Sunrisers Hyderabad will aim to stop a rampaging Rising Pune Supergiant when both teams meet in the Indian Premier League on Friday in a bid to cement their place in the play-offs.

Pune are placed third in the points table with 14 points from 11 matches, having won six out of their last seven games. Sunrisers, on the other hand, are in fourth position with 13 points from 11 games.

Pune came on top in their previous meeting against Kolkata Knight Riders at the Eden Gardens, where rookie opener Rahul Tripathi produced a special knock of 93 off 52 balls to add to his impressive run in his maiden IPL.

The team has found great momentum at the business end of the tournament and seems to be peaking at the right time.

It was Tripathi’s single-handed effort on Wednesday that led Pune to succeed against the formidable Kolkata side. Come Saturday, Tripathi would be expected to repeat his dazzling performance against the Sunrisers.

The Pune bowlers need to be at their best in Saturday’s match to rein in Sunrisers captain David Warner, who is the tournament leading scores with 489 runs at 61.12.

Though Sunrisers are not too successful in away matches, they are like a battle-ready Army on their home turf. Captain Warner had said his team would like to take full advantage of playing at home and turn the Rajiv Gandhi Stadium in Uppal into a virtual ‘fortress’.

In addition to Warner, other Sunrisers batsmen – Shikhar Dhawan, Kane Williamson, Moises Henriques — have been in fine form. Though in a lost cause, the seasoned Yuvraj Singh helped his side make a big total with his 70-run knock against Delhi Daredevils.